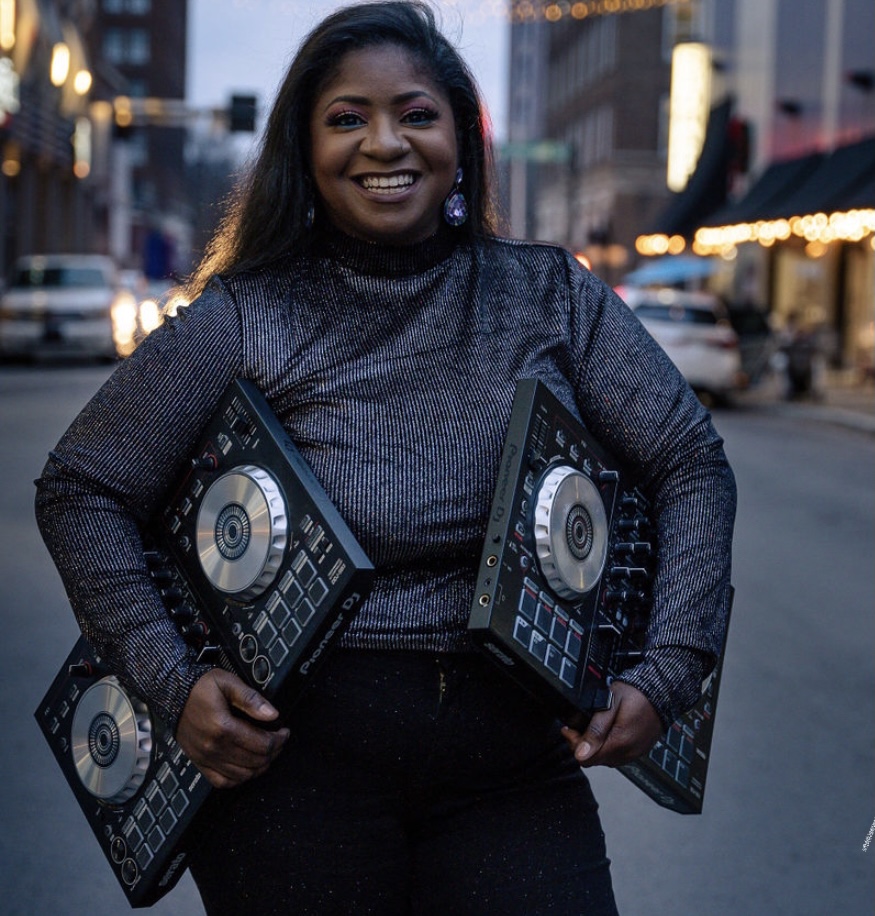 Shenna “Lashay B Townsend is a native of Tanner, AL and an on air personality and producer of 103.1 WEUP FM in Huntsville, AL. She earned her bachelor’s degree in Communications with a focus in performance and a minor in Marketing from Alabama A&M University. In college she interned at the oldest black owned radio station in Alabama, now Huntsville’s Hip Hop and R&B Station, 103.1 WEUP. After interning she was hired! Her first two years at WEUP she was employed part time as a producer of a community talk-radio show called “WEUP TALK” on WEUP-AM 1700 Gospel Station, 103.1’s sister station. Following her 2 year stint on the gospel station she began working weekends on the Hip Hop and R&B station, that she initially interned for. On 103.1 Lashay was a weekend personality for the Weekend Mixshow and filled in for any of the full-time staff as needed. While working the mixshow she also served as The Mixshow Coordinator Assistant. She was quickly promoted to the morning show as an on air talent.

Lashay B started her morning show career as an on-air personality and producer for the then local “WEUP 2 EARLY Morning Show with Big Ant, Lashay B and Ced Delaney.” The local morning show lasted about 3 years before the station transitioned to a syndicated morning show. With the syndication Lashay B stayed on as the local talent and producer of the national syndicated, Rickey Smiley Morning Show. For over 10 years Lashay B was the local producer and on air personality of the syndicated show, called locally, The Rickey Smiley Morning Show with Lashay B. She is currently the midday show host of her own show, Lashay B In The Mid Day, from 10am-2pm on 103.1 WEUP

Lashay is the founder of a girls empowerment movement called #iamabeauty. This empowerment movement targets elementary to college age young women and encourages and helps to build and promote confidence. She also serves as a mentor to the girls. She also has an internship program for young college aged women who are in, or looking to get in to media, production or music that are looking to obtain college credits.

This year, 2020, marks 5 years of “Lashay B’s Prom Dress Drive.” This is the biggest free prom dress drive in North AL. This drive is unique because no documentation is needed for the girls to receive donations. This drive helps foster, homeless and any young woman who may need assistance attending prom. The event is founded, organized and planned by Lashay B. The drive is no cost to the students or parents and is made possible by community donations.

Dresses, makeup, jewelry, hair and more are all given away to high school students for free. Lashay B’s Prom Dress Drive is responsible for helping over 500 students attend prom. She’s also assisted with a dress drive in Tuscaloosa.

Lashay B travels across, but not limited to, North Alabama hosting and speaking at community events, parties, churches, schools and more. She’s also one of the most popular female djs in Huntsville and a travel dj that specializes in private events such as weddings, school celebrations and more. Lashay B has become a household name in Huntsville and the surrounding areas. She is most popular for her spunk and delivery on air, her community efforts, djing and her professionalism.