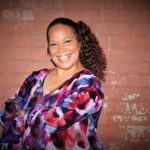 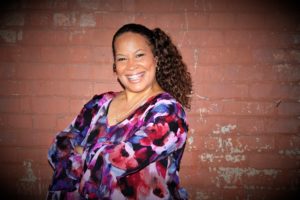 When Muriel’s then 10-year-old son, Tyland, begged to enter a dance competition called Battle Zone almost a decade ago, she had no idea that it was the beginning of what would become a very exciting journey which would have absolutely nothing to do with the veterinary field.

Muriel helped her son form a dance crew comprised of himself, his cousin and one of his classmates. As her home became a hang-out for kids young and old who wanted nothing more to do than, dance… she slowly became known as “The Dance Lady.” Does she dance? Not at all… but her love for urban art and the kids who were creating that art set off a chain of events that would change the way the community viewed Street and Urban Dancers in the City of Birmingham forever.

Muriel began to volunteer at Center Street Middle School. With the help of the Battle Zone organizers and the seasoned street dancers in the community, Muriel was successful in raising over $2500 using the Battle Zone model – a dance competition to engage both students and faculty alike. It was a huge success, drawing the attention of local media throughout the city.

When the academically failing school shut down in 2012, Muriel continued to work with the young dancers in her community, utilizing donated space from the late Mr. Leonard of the historic Leonard’s Barbeque Hut in Titusville. After a long, hard summer. the young dancers did not disappoint. They entered a Regional Dance Competition and made it all the way to the Nationals in Panama City Beach. That sweeping win convinced her that a positive outlet was what the children needed more than anything; and so, she pushed up her sleeves and went to work.

In Sept 2013, Muriel was chosen by REV Birmingham among more than 30 other entrepreneurs, as a winner in its Pop-Up Project competition. The competition was an initiative to activate vacant storefronts and drive foot traffic downtown by creating pop-up retail shops and art installations in five commercial districts throughout the city. The young dancers officially had their first “gig.”

The next year, she convinced Oakland’s dancing sensation and Memphis transplant, Ladia Yates to come to Alabama for the very first time and host a dance workshop at the Children’s Dance Foundation in Homewood. Ladia, who had worked with the likes of Donnie McClurkin, Chris Brown, Missy Elliot, Usher and many more was instrumental is helping to shine a spotlight on the dance community in Alabama. Soon… opportunities would start pouring from Heaven!

Muriel rented a 1200sq ft space and opened a dance studio for the children in the Titusville Community. The studio offered, ballet, tap, hip hop, yoga, dance competitions, afterschool tutoring and just a place for kids to hang out besides the streets. Street dancers from across the nation started pouring into the little studio in Titusville… members of the Dragon House Crew out of ATL, Honey Rockwell from the Bronx whose life was depicted on the movie Honey; Turbo from the movie Breakin; Jookers from Memphis; Flexers from Brooklyn, Krumpers from Mississippi.. you name it.. they came.

2014 was a busy year. That year Muriel hosted a sold-out Dance Workshop with World Renowned dancers Les Twins, who were currently finishing up the first On the Run Tour with Beyoncé and Jay-Z. That same year, her dancers performed at TEDx Birmingham, (Ted Talks) which is a global initiative for spreading ideas worth sharing around the world and were featured on the Oxygen Channel’s Prancing Elites Reality Tv Show.

She secured a contract with a talent scout in Shanghai, China and was responsible for generating over a quarter of a million dollars in income for young artists by sending more than 35 performers to Mainland China on Contract Tours. Many of these artists had never been outside of Alabama. She personally walked them through the process of obtaining their passports and they left the country, as aspiring artists and came back as experienced, international performers.

In 2015, Muriel was featured in a documented project entitled The Birmingham 100. An insightful ethnography, a curated collection of leading artists, musicians, writers, scientists, developers, activists, entrepreneurs, filmmakers, and more, all of whom are described by the project’s producer Keywayn Alexander, as defining and driving culture in Birmingham, Alabama.

Later that year Creative Mindz Dance Crew and Dance Studio became Creative Mindz, Inc. – a Public Charity. Muriel appointed devoted parents and dear friends Bonita Campbell and the late Marnelia Bowdry as Board Members and together, they provided a community of dancers and artists support services that were defined by the needs of the people being served. Basically, they met needs where the needs needed to be met. The goal was to search for opportunities for the young artists and teach them how to become entrepreneurs, as well as artists.

In addition to the China Contracts, she secured both paid and exposure opportunities for artists from companies such as Regions Bank, The Sidewalk Film Festival, The Day of The Dead Festival, Sloss Furnace Fright Night, Live Nation, Oak Mountain Amphitheatre, Party With a Purpose, many functions hosted by different branches in The City of Birmingham, features in music videos, commercials and much, much more.

For the last 6 years, she has been contracted through the Tarrant Board of Education to host an Annual Week-long after school enrichment program utilizing dance and physical fitness to deliver life skills messages to both students and parents.

In 2018. Alabama Media Group’s Whitman, Alabama, documentary series was honored as an Emmy finalist in a ceremony at Lincoln Center in New York City. Muriel’s Creative Mindz Dancers were featured in this project which was recognized by The National Academy of Television Arts & Sciences in the ” Outstanding New Approaches: Documentary” category. In 2019, the video featuring Creative Mindz was showcased in the Philadelphia Museum of Art.

Does she dance? Not at all… but to know her is to know that when “they” dance… her soul smiles. 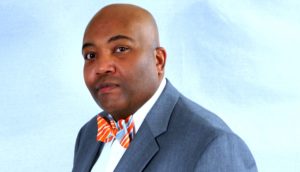 The Freestyle Percussion Foundation is a 501(c)3nonprofit organization, founded by Christopher P. A. Seltzer. in 2004. Christopher P.A. Seltzer is a very proficient drummer and percussionist, and has played with many greats throughout his career such as Stanley Turrentine, Mary Alessi, Dorinda Clark Cole, and Norman Hutchins just to name a few.

At age 6 he played with his first Gospel group, Matthew and the Twilights, and at age 8 he played with his first big band, The Jimmy Chapell Band. Chris attended Ramsay Alternative High School, where he participated in the marching band as section leader of the drum line, and played drums and bells in the jazz band. He graduated from Ensley Magnet High School in 1995. During his time there he participated in the marching and jazz bands and received the Phillip Sousa Musician award of excellence his senior year. He was chosen first chair all-city (Birmingham, AL) all four years of high school, and made all-state (Alabama) his senior year.

In 1995, Seltzer decided to further his studies, so he attended Alabama A&M University where he received a full scholarship majoring in music education with an emphasis in Percussion. There he participated in the Wind Ensemble, marching and stage (jazz) bands, the percussion ensemble, and pep band. During his time there he became a member of Phi Mu Alpha Sinfonia Music Fraternity (Omicron Delta chapter). He later attended Kennesaw State University and Liberty University. Chris is married to his high school sweetheart Marketta Seltzer, and has two wonderful children (David and Charity), who are both in college.

Seltzer has a strong background in music, and has a deep passion for making music, ministry, and teaching youth how to develop their skills in music and in life. Chris believes that when a student has a strong structured music development program, the student will not only become more skilled on their instrument, but will also enjoy seeing themselves progress by reaching different goals and objectives in life.

In 2004, Chris Seltzer established The Freestyle Percussion Foundation to teach drums and percussion to children and adults. Since it’s inception, the students of the foundation have received over one million dollars in scholarships from colleges and universities, and have become leaders at their various institutions. Chris Seltzer started a drumline and dance team called the Freestyle All-Stars, and listed below are a few things the All-Stars have done:

Freestyle has been growing by leaps and bounds and continues to promote its four main principles: Discipline, Confidence, Commitment, and Excellence. Seltzer continues to play for numerous venues, record, and create music, and holds firm to his belief that “All things are possible if you believe.”