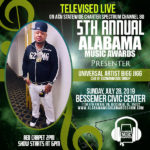 Bigg Jigg became sovereign of his newly found career and continuously carries vigorous ambition which led him to B.E.T 106 & Park’s Freestyle Friday where he was reigning champion for 4 consecutive weeks.With Bigg Jigg’s name already ringing in the streets alongside one of his many accomplishments, his exposure and fan base continually excels rapidly. Since his appearance on B.E.T’s 106 & Park Freestyle Friday, Bigg Jigg toured over 40 cities and graced numerous magazine covers such as Ozone, Rap Pages, Urban Grind and XXL just to name a few.

He then became fortuitous to have appeared on mixtapes including but not limited to DJ Drama and DJ Smallz. He also has appeared on numerous radio shows globally, and multiple television shows such as the former show called Rapcity in the Basement on B.E.T and VideoCity where his fan base and exposure became even more amplified.
Bigg Jigg’s main focus was to give the streets and the industry what’s missing–originality and eclectic flavor where he projected blood, sweat and tears, and forthcoming. Bigg Jigg’s prominence led him to do songs with T-Pain, Gucci Mane, Tyrese, Akon, Nelly Furtado and Yung Joc; just to brief you of his progress to run with the best. He opted to not only remain conversion but relational. His diligence landed him a digital distribution deal that’s forming him to be in the proximity of what we call “The Million Dollar Mouth Piece”. In addition to his music, Bigg Jigg has landed a video on MTV JAMZ and has established his management and production business called “Go 2 Man Publishing” and ” Talk2EmJigg ” which he has adhered to bring to the forefront. He carries aspirations of mentoring other up and coming artists, as well as, creating a legacy that formulates the inevitable.