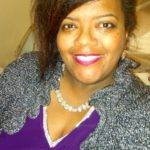 Vanessa Williams was born and raised in Mobile Alabama. She had the ability to make others laugh, even as a child. Her comedic personality lead her to being a class clown, that would cause her to get sent to the Principal’s office.

As an adult her comedy would come naturally wherever she went. As a Pastor’s wife, her messages would have a serious message mixed with humor. The congregations would laugh while giving God the praise.
In the late 90’s Vanessa decided to give comedy an official shot on stage while living in New York. Her first open mic was at Comic Strip Live Comedy Club in NYC. She later was a regular at the Manhattan Comedy Club and was a host before the club closed.
She performed before various audiences after that from New York, Florida, Alabama and Georgia. Her style of comedy is based on everyday life. Humor can be found in everything is her strong belief.
She won Bama Female Comedian of the Year at the Alabama Music Awards Show in 2017 and 2018. She can cater to all audiences. Vanessa desires for the world to be filled with love and laughter. In doing so, the world would truly be a better place.